Bo Jangles and the Renegade is a Short Read series following a purebred pet and mixed-breed stray as they try to navigate their relationship from friendship to lifelong partners. The first installment, Long-Shot Gamble, was published in 2020. Six more are planned to follow. Once the seven are complete, a collection will be available in print.

Bo Jangles and Renegade are two dogs from different walks of life who grew up inseparable from childhood. As adults, they discover their close friendship has become an attraction neither wants to deny. But can they learn to compromise enough for this budding romance to thrive, or will they lose more than a lover can provide? 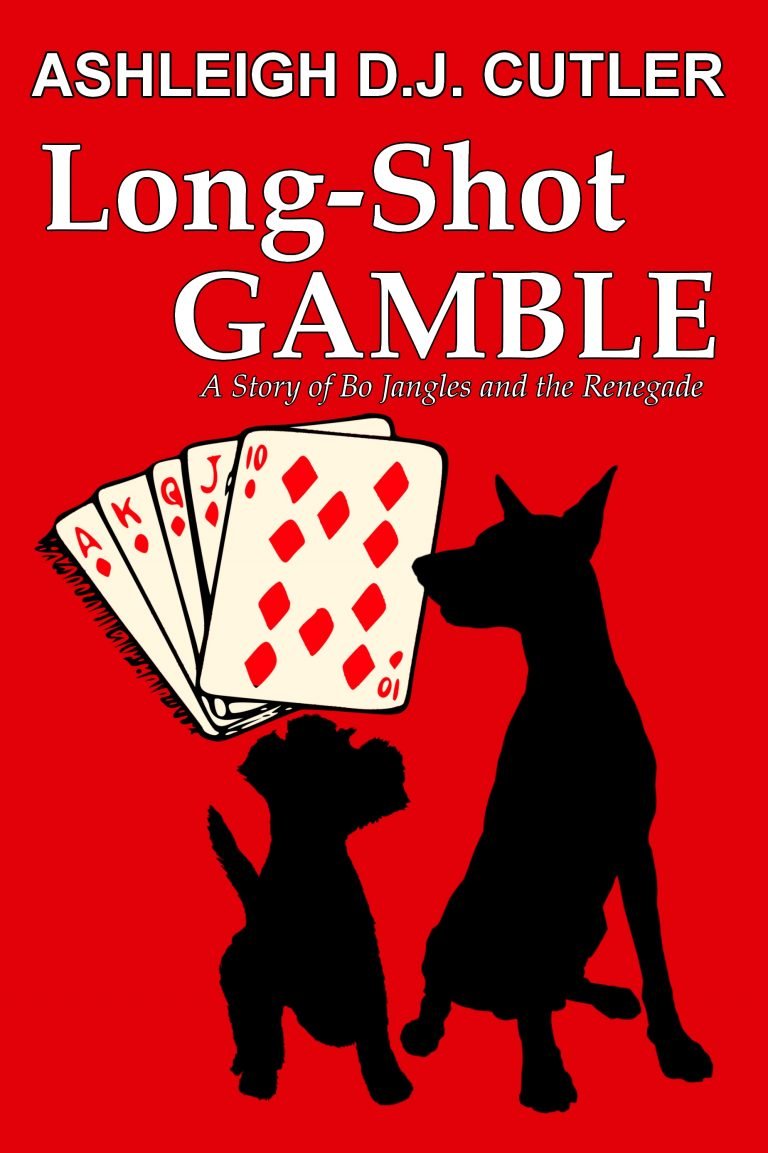 “I’d rather a full meal in freedom than half one in bondage.”
“It’s the other way around…”

Bo Jangles, a terrier-mix, was born a street dog, footloose and collar-free. Renegade, a purebred Doberman, the complete opposite. Yet the two dogs had been inseparable since they met as young pups. Both sampled the other’s lifestyle, but while Ren lived chained to one human, Bo was content floating from one to the next like a butterfly in a garden. Close as the two dogs are, Bo can’t help wanting to be closer still. He cannot imagine life without Ren in it.

And that is just the problem. A well-known “gay dog”, Bo has broken almost as many hearts as his father before him. How could his best friend, who knows him better than anyone else, ever believe the ladykiller is in love? Especially when the rounder cannot abide chains in love any more than he can in life? It would be a long-shot gamble, one Bo’s not sure he’s willing to risk.

But fate, and Ren, just might take the choice out of his paws.

“What if what the fans want to happen did happen? What would a version of the story like that be?” I’m sure you can guess just what pairing in a popular anthropomorphic romance inspired the concept. A stray mixed-breed terrier and a purebred Doberman? Well, that was just a small twist on the tale. Could I do it? Well, I was ready to try.

Renegade and Bo Jangles both predate the concept by at least a decade. I’ve been trying to straighten out what I can only call “the longest game of storytelling Jenga” otherwise known as my existing characters and concepts. When I started poking the idea for what became Long-Shot Gamble, I decided I’d rather not create new characters. Who did I have that would fit? And I landed on these two, who in older drafts were already friends and had the dynamic I needed. Step One, complete.

Then came the hard Step Two. Long-Shot Gamble was aptly titled. A “short read”? A story written without tying it down to half of Crystal Prism? What was I doing? In the end, I wrote a slice of life three-thousand plus words story showing our heroes in their element. It was sweet, entertaining, and a good taste of what kind of stories to expect from Crystal Prism. I call that a success.

Because Bo Jangles and the Renegade is part of a larger narrative, I haven’t sat down to do the second book just yet. Some minor details still need to be finalized. I have the seven-story arc planned out but need to make sure it doesn’t contradict other stories set in the same location. I honestly also need to nail down where that location is. Long-Shot Gamble was written to be almost an Everytown, USA. Time will tell if this stays the case. Best answer: Book Two will come once I wrap up other projects, or Long-Shot Gamble hits the bestseller list.